ZA 90 facade is a modular system using prefabricated units which is capable of meeting the challenge of the highest of buildings. The units are produced in our factory under rigorous quality control systems, from the assembly of the frames to the application of the glass panes and blind panels.

The frames are produced with a 45° cut profile method and triple corner joints, guaranteeing structural strength to the maximum levels. Furthermore, an exclusive mechanical glass fixing system avoids the need to produce traditional units with glazing beads or structural sealants. The use of a strong, single frame increases the moment of inertia of the facade, therefore reducing the overall thickness of the structure and, as a consequence, optimising production time and costs of materials.

Aesthetically, ZA 90 facade is available in its structural version without visible profiles, or in the version with visible external glazing beads. The integration of hinged openings into the facade is done without compromising the architectural aspect, neither internally nor externally, all the while guaranteeing an excellent resistance of the opening itself to the elements. 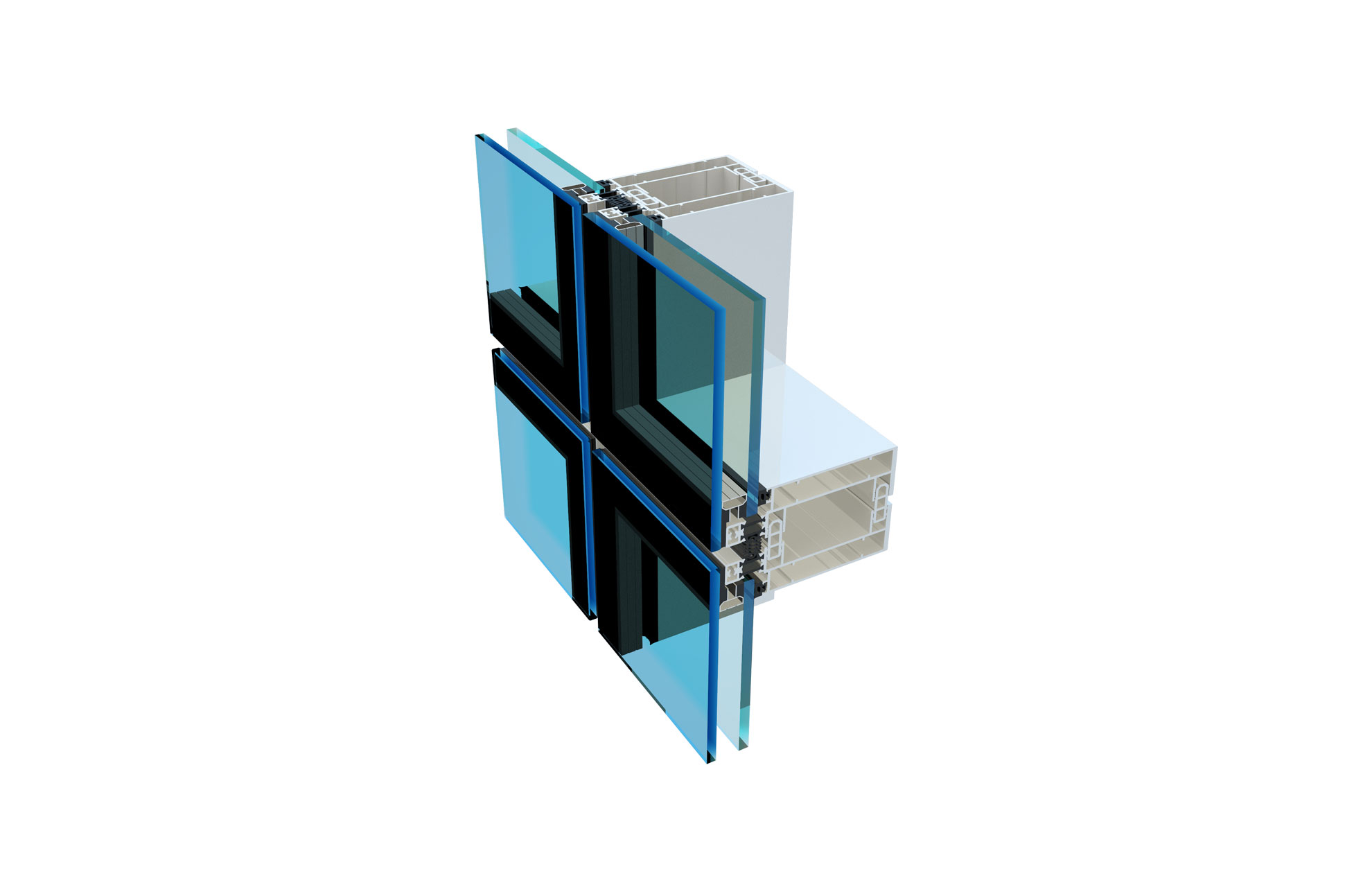 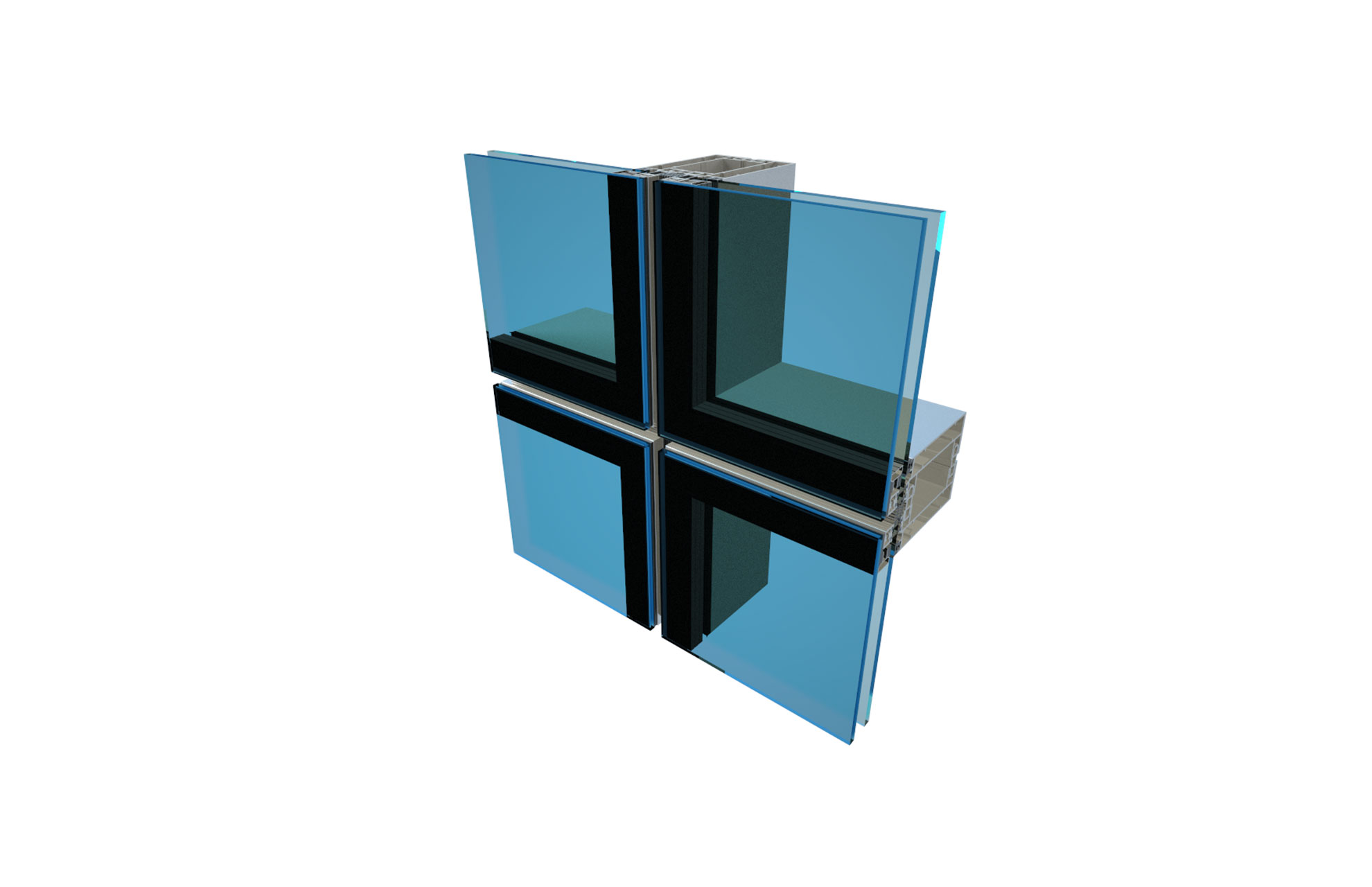 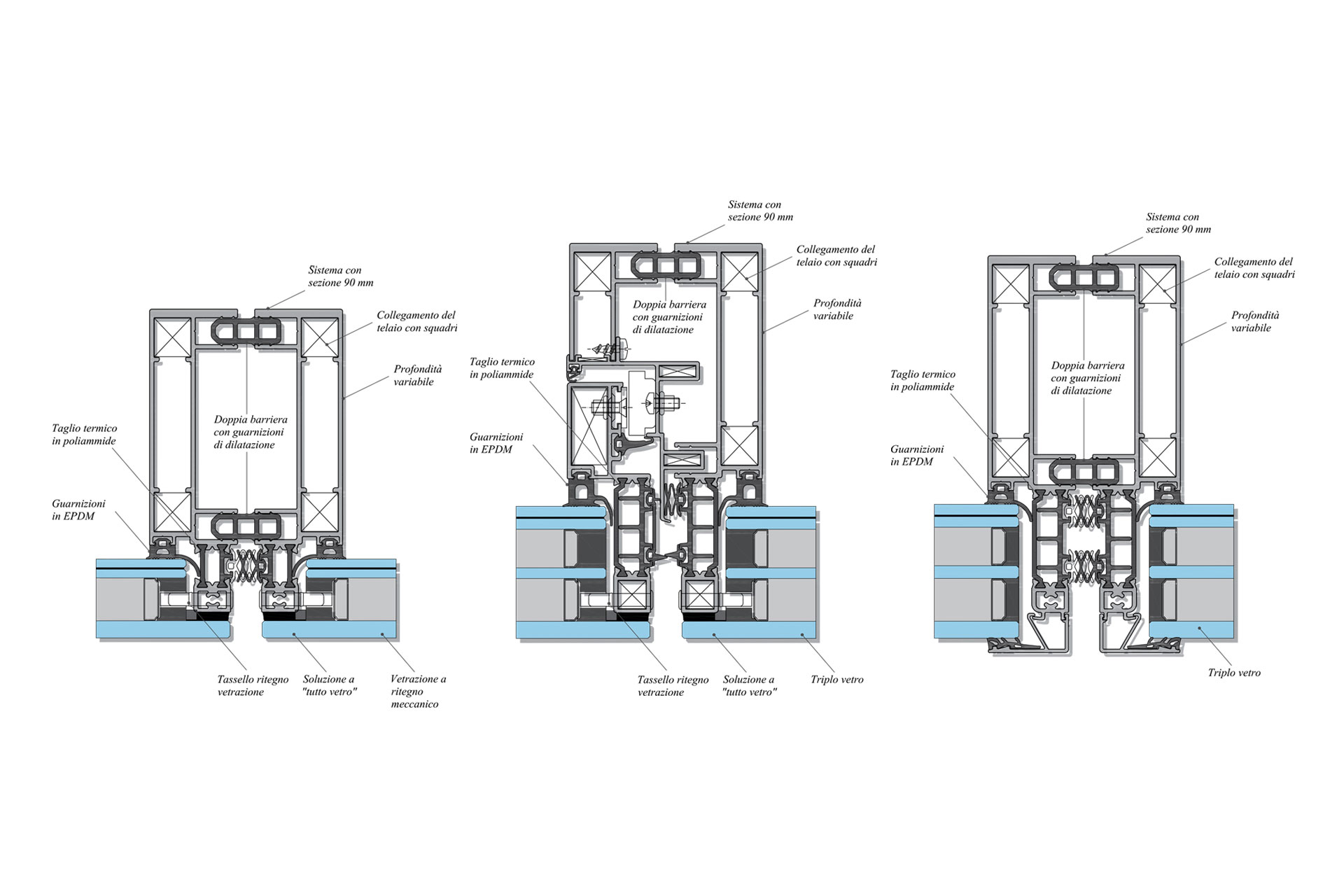